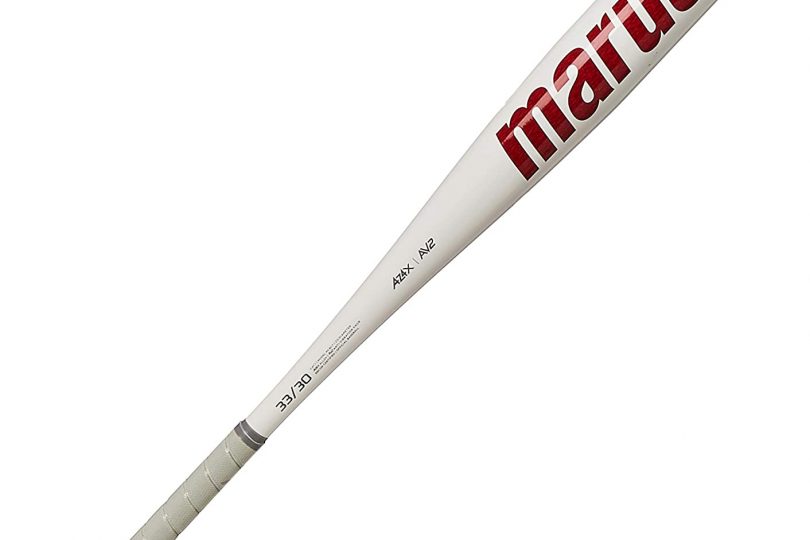 Currently, BBCOR isn’t rated for professional play and you would need a traditional bat, but it’s accepted for use in NCAA games and high school play as well. If you play in a league for adults and want a BBCOR bat that can provide a lot of pop and flex for your hits, then this is the BBCOR bat for you.Expert Reviewer: Tyson Craiger

Quick Summary:
The Marucci MCBC7 is a great BBCOR bat that provides a lot of the oomph of traditional BESR bats.

It has an excellent sweet spot, it has some excellent balancing – even with the end load, and it has some of the best overall pop of any BBCOR bat. On top of all of this, it has a cool looking aesthetic that stands out from all of its competitors.

Combine all of this with the fact that the MCBC7 also comes in at a very reasonable price, and you have one of the best BBCOR bats on the market today.

Baseball is one of the most treasured pastimes in the United States. In professional versions of the game, a pitch can easily reach velocities that run in excess of 90 miles per hour. These pitches, when they are returned by the batter, can even reach higher velocities. 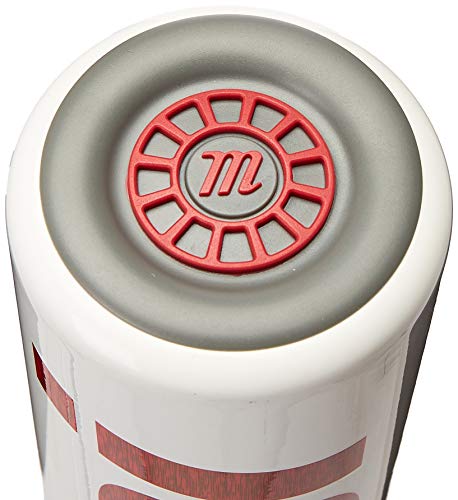 A pitch that’s thrown at 90mph can easily be hit at 108 mph. This, unfortunately, isn’t the safest situation for the pitcher, who can be hit with the struck ball. A ball traveling at this speed will strike an unprotected area of the body with 4,000 pounds of direct pressure. In other words, it’s like being hit with a bat at 20mph.

I’ve played baseball since I was a preteen, and I’ve always loved the game, but as a pitcher, I find that I have to dodge a lot. Fortunately, a few years back, the NCAA switched its previous standard that measured bat performance, the Ball Exit Speed Ratio (BESR), for the new Ball Bat Coefficient of Restitution (BBCOR).

BBCOR is designed to add a higher level of rebound on each bat so that the ball is returned at a slower velocity. The higher the BBCOR number, the greater the trampoline effect, and more energy is lost on contact, which translates into a more controlled rebound off of the (somewhat smaller) sweet spot.

These bats are great for the sport and make the game a little bit safer for pitchers. With all of this said which is the best BBCOR bat for the average baseball player? Well, after some rigorous research, I found that the Marucci MCBC7 Cat7 BBCOR bat to be the best on the market today.

What Makes the Marucci MCBC7 BBCOR Bat So Cool

First, the Marucci’s FT stands for flame tempered. The grip on the bat is flame tempered so that it has a great grip when you’re up to bat. This bat shines in its ability to diffuse the impact of hitting a ball. Even if you’re swinging at your max swing speed, the energy transference will barely be felt in your hands. It’s because of this great impact management system that this bat can be used without batting gloves.

This bat is a two-piece bat and is comprised of a composite handle and an alloy barrel. The handle uses Marucci’s new D-fusion FT handle. This means that it is an impact diffusing handle that is comprised of a composite. It’s here that much of the impact is shed on your hits. The alloy barrel is somewhat end loaded, but it feels pretty well-balanced during a swing. Marucci MCBC7 calls the barrel its X12 alloy barrel, and it’s topped with an ION-V end cap that also reduces the vibration from hits. All in all, this product is perfect for protecting your hands as well as reducing the velocity of the struck ball so that it’s safer.

The Marucci MCBC7 has a 2 5/8 diameter barrel. Its handle is very thin, which helps to manage the impact of hits. The bat has a -3 length to weight ratio, which helps the bat’s overall feeling of being well-balanced.

The most important features of the Marucci MCBC7 Overlord FT are: 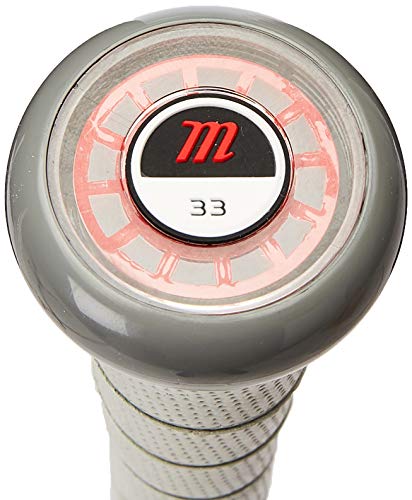 The Marucci MCBC7 Cat7 BBCOR Baseball Bat has a neat-looking design that is very stylish and aesthetically pleasing. The barrel is a metallic red that shines, especially if you’re playing a night game. It has several designs on the body of the barrel, including a Marucci logo that is set on the opposite side of the sweet spot. The leading side of the bat has a few designs that are also very stylish and look great on the field.

The fact that the handle is so thin is also a great aesthetic feature of this bat. The flame-tempered handle is white and has an outward tapering design that ends in the bottom cap of the bat.

Who Can Use This Bat

Currently, BBCOR isn’t rated for professional play, but it’s accepted for use in NCAA games and high school play as well. If you play in a league for adults and want a BBCOR bat that can provide a lot of pop and flex for your hits, then this is the BBCOR bat for you. It feels great to swing, has a larger sweet spot than most BBCOR bats, and also is easy to grip firmly without feeling a lot of the shock from the impact of the hit.

As a BBCOR bat, the Marucci is close to perfect, but it does have its considerations that you should take into account before you make the purchase. First, this bat is fairly loud on hit. This is because of the alloy composition, so that’s going to be something that you’ll have to get used to. Marucci sometimes ships this product with a bit of a rattle. If this happens to you, you’ll have to return it to the manufacturer, and they’ll get another product out to you.

Also, as mentioned before, this bat is a fairly end loaded. While this is great for those who want to maximize the power of their hit, it can be a bit of a problem when swinging continuously. It’s simply a bat that will fatigue your arms.

Since this bat has a half and half construction of alloy and composite, the bat can come flying apart after numerous hits. This is a problem with some of the bats that Marucci acknowledges, but it’s a major consideration, especially since you’ll be swinging this bat at high velocities.