As a result of the ash composition, this bat has a very forgiving sweet spot.Expert Reviewer: Tyson Craiger

Quick Summary:
The Louisville Slugger WB180BB-NA 180 has long been known for being the best baseball bat for those who are just learning the sport. and also has enough middle-of-the-road functionality for someone who

This bat also has enough middle-of-the-road functionality for the higher-skilled player as well.

It’s strong, feels great on the swing, and creates a perfect, “thok” sound when you hit the ball out of the park.

If you’re looking for a well-rounded stick playing baseball, then the Louisville Slugger WB180BB-NA 180 baseball bat will suit your needs perfectly.

Selecting from the Best Baseball Bats

There’s only one game that is considered to be America’s pastime; baseball. The game has been played for well over a hundred years and has spread to other areas of the world as well, including Japan and many parts of South America. Finding the best baseball equipment that won’t wear out too quickly can be a bit difficult. Some balls will get destroyed after only a few hits and some bats don’t have the durability and flexibility to not break after extended swings.

To get right to the point, a bat is only as good as its construction and the Louisville Slugger WB180BB-NA 180 is an excellent bat when it comes to its composition. Many players prefer this type of bat to other types because of the natural feel behind each swing. It simply feels great when you’re on the plate and waiting for the pitch. Let’s take a look at why the Louisville Slugger WB180BB-NA 180’s construction is so top-notch. 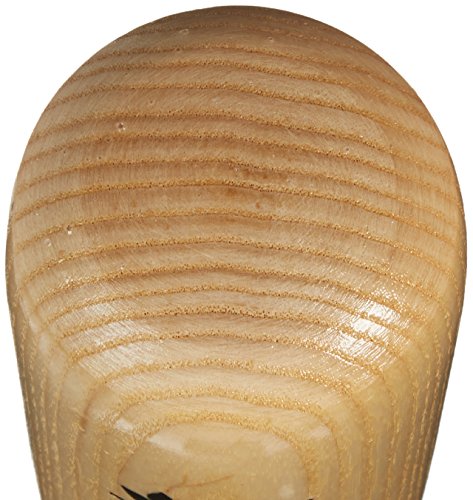 Ability to Take a Hit

This bat can easily stand up to the majority of the pitches that it intercepts. It’s important to note that there is a weak area and a sweet spot with this bat, so it’ll be important to hit the ball with the right part of the bat. You can tell where the weak side of the wood is because it is where the company placed its famous logo. This means that before the swing, if the MLB and Louisville Slugger logo are facing you, then you are leading your swing with the strongest side of the bat.

You’ll be able to choose from three different lengths with this version of the Louisville Slugger. These include 32 inch, 33 inch, and 34-inch options. The body of the bat has a 2 ¼ barrel diameter, which is relatively standard. 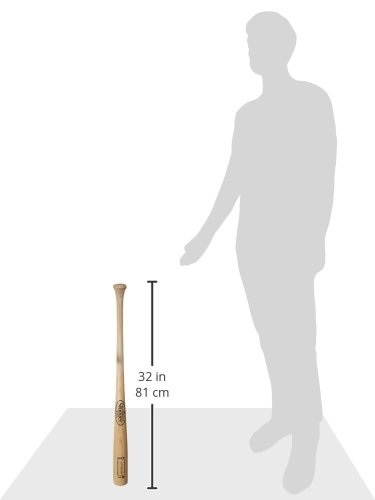 Why Professional Players Tend to Prefer the Louisville Slugger Series

This product illustrates why this brand of a baseball bat is so popular; it has a degree of implicit dependability that you rarely see in some baseball equipment. It’s the type of middle ground product that can take a ton of hits and keep coming back without splintering or breaking at inopportune times. Add to this the fact that it has such great balancing, and you realize that the Louisville Slugger series is so popular for a reason.

Considerations when Buying a Baseball Bat

One of the most important considerations when purchasing this bat is that the Louisville Slugger name isn’t quite the same as it was in decades past. The brand was bought up by a Finnish company several years ago, so if you’re purchasing it as a piece of certifiable Louisville, Kentucky Americana, then those days have unfortunately passed.

Functionality-wise, these bats flex but they aren’t unbreakable. If you hit the ball in the wrong area or you simply overtax the bat, there is always a chance that it will break. Also, the whorl of the wood’s natural composition can lead to the bat the break unexpectedly; this is just because wood can naturally have cracks and splits in it.

Also, the bat only has varnish about halfway up its body; this means that the bat can seem a bit rough on certain parts of its construction. This is probably just a cost-cutting technique that the manufacturer employed to bring the price down a bit for players.

Finally, there is no grip on this bat. This means that after extended use, there is a chance that you can get splinters when you use this bat. I find that it’s a great practice to bind the handle of the Louisville Slugger WB180BB-NA 180 with something like Lizard Skins; these add a lot of grip to a bat and also will protect your mitts from the excess splinters that can form in any bat.